Giordano Vini Wine campaign is back and performing wellJul 28th 2021

The most recent promotion from this legacy campaign that has been with us for over 6 years now is performing well.

The free drone toy seems a bit leftfield but it works well. Drones are the in-gadget right now. 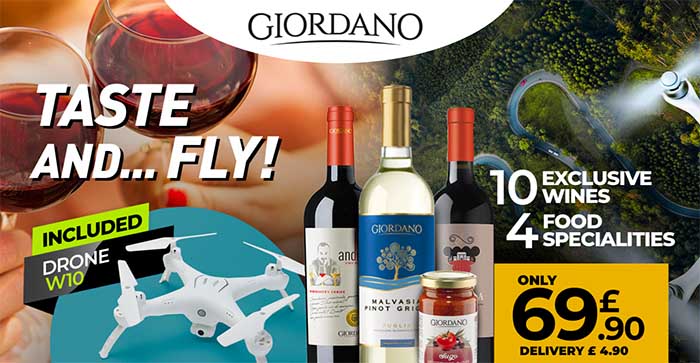 Normally the free gift would be a 12-piece dish set but we have pushed that one so much, we thought it would be good to mix things up and try something else for a change.

This is an email only campaign but if you have SEO traffic, we may be able to get permission for you to run it.