Everyone on this planet wants the most up-to-date smartphone but not everyone has the credit rating to secure that sparkly new iPhone 13.

That's what makes Mega Mobile Delas such a solid campaign. They help consumers get accepted for the latest smartphone deals!

They say they offer 100% approval and welcome all credit Scores with no up front payments to be made.

They have deals on every single major smartphone on the market, including Apple, Samsung, Huawei and many more with massive price drops.

We've had this campaign active for well over a year on and off and the performance has always been super solid.

Have a look at some recent stats below for the month Oct 01 to Oct 20th.

This campaign can be promoted via direct email (we have a slick email creative) or via display/native.

However you decide to promote this one, you will find that the results are very encouraging.

What is the most popular smartphone to promote?

It's clear that iPhone and Samsung dominate the smartphone market but if you want to know which models are the most popular and have the best feedback from consumers, have a look at the chart below. 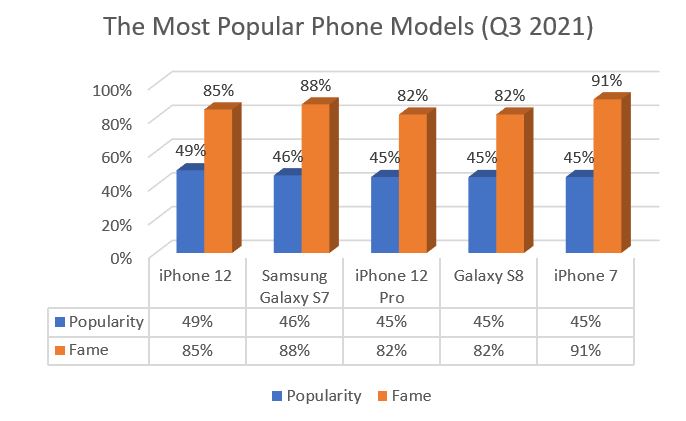 Data courtesy of YouGov. Have a look at their page where you can drill down the results of the most popular smartphones models in 2021 by gender and age group. The data is very helpful if you want to do some targeted promotion of this campaign.