McAfee antivirus affiliate campaigns are among the best earners on the network, so we were really pleased to add yet another geo, this time for Germany.

Very strong deal from the leaders in Antivirus - just €54 to protect 10 devices.

Email and display is permitted with this one and we are looking for volume. As we mentioned above, we also have McAfee for several other GEOS, including US, UK, AU, FR, NO, SE, DK and more. 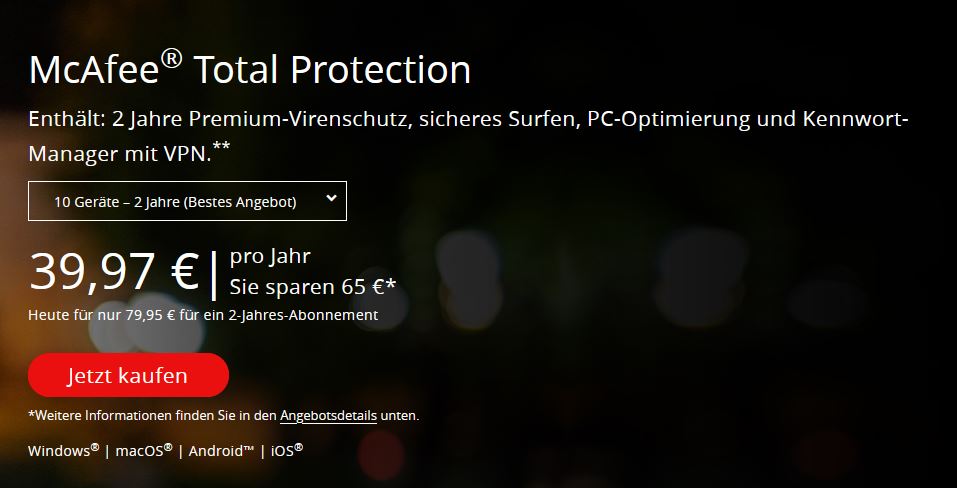 If you need an idea of performance for this McAfee affiliate marketing campaign for DE traffic or any other geo, simply reach out to us and we can send you some snapshots.